The Board of Directors are appointed by the Right Worshipful Grand Master and are proud to serve our fraternity under his direction. 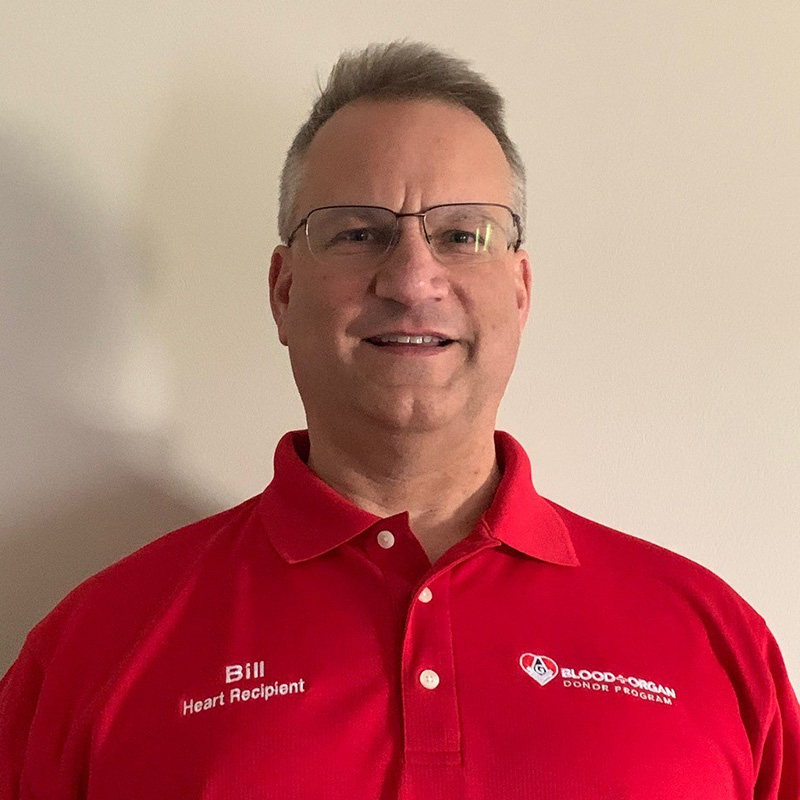 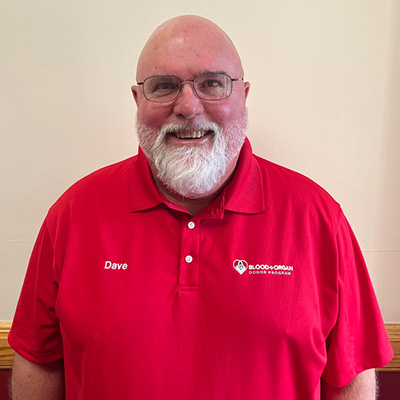 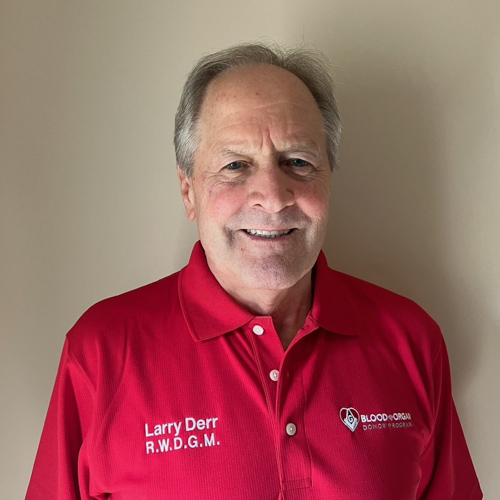 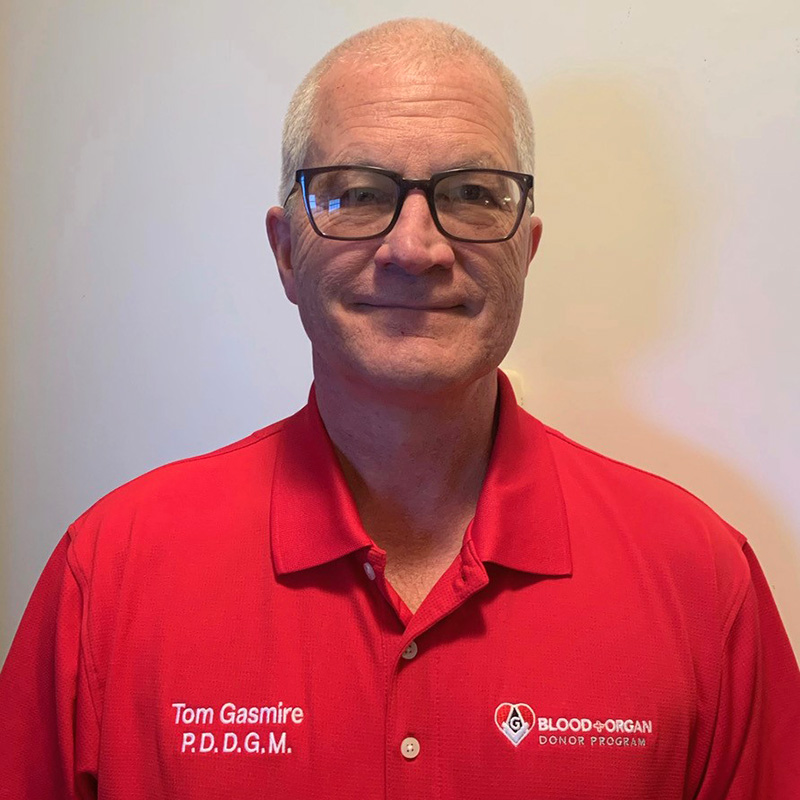 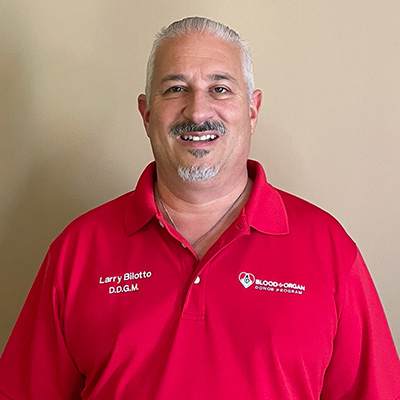 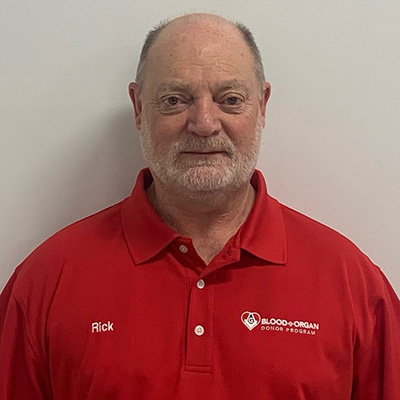 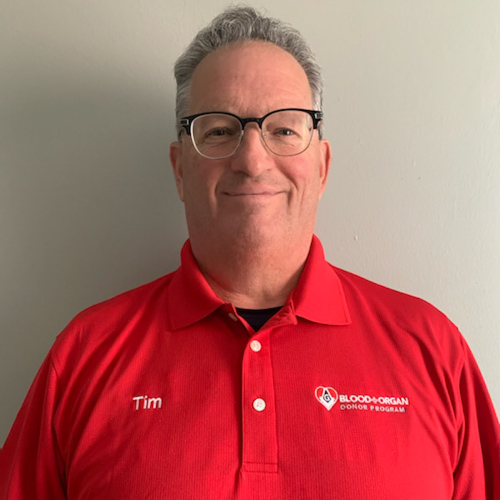 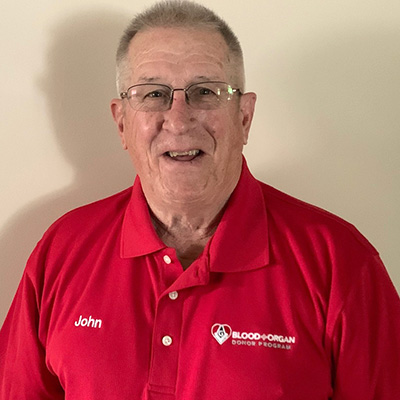 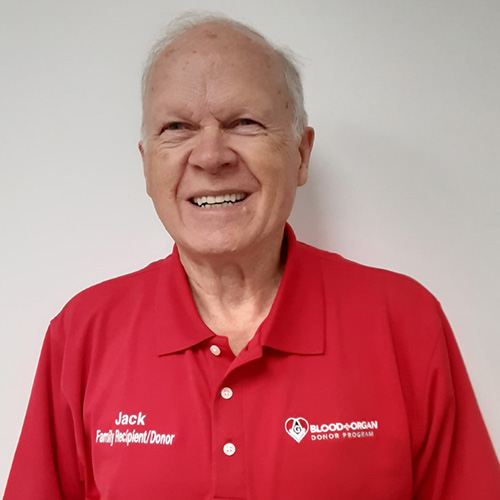 The Organ Donor Ambassadors each have a personal connection to life saving organ transplantation.

If you would like to communicate with them about their journey, just click on the link below their name. 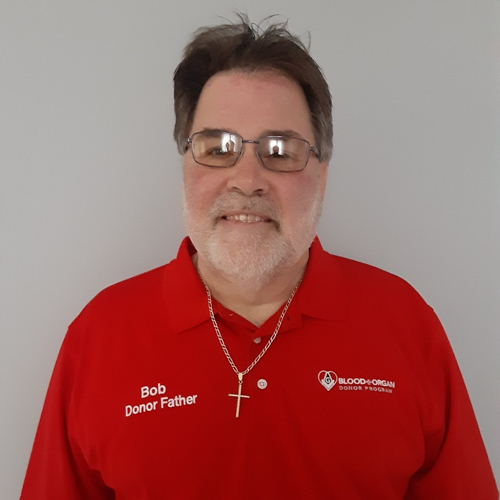 Bob BaurGift of Life Donor Program Ambassador
I am a proud “donor dad.” My daughter, Kellie, passed away on Jan. 6, 2014. Because of her selflessness as an organ donor, three lives were saved. Our family honors her memory by participating in the Donor Dash every year and also by providing dinners at the Family House through the Home Cook Heroes. I also drive the shuttle taking recipients and their families to and from the hospitals. 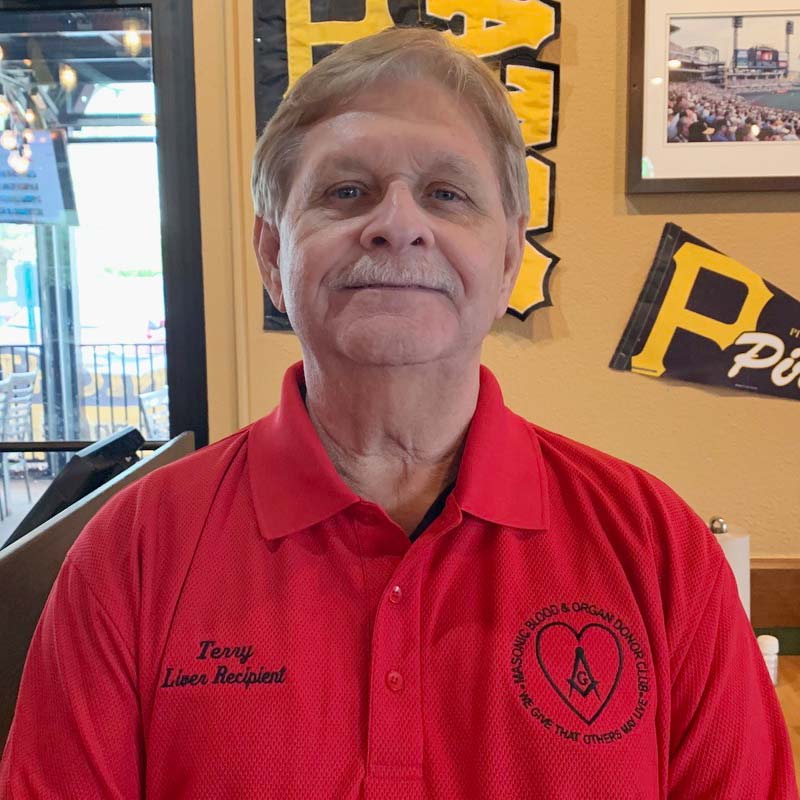 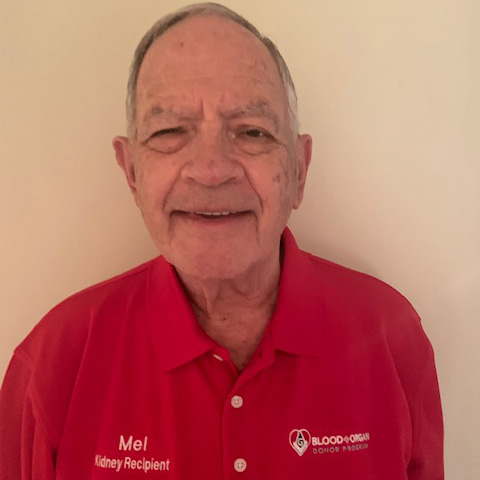 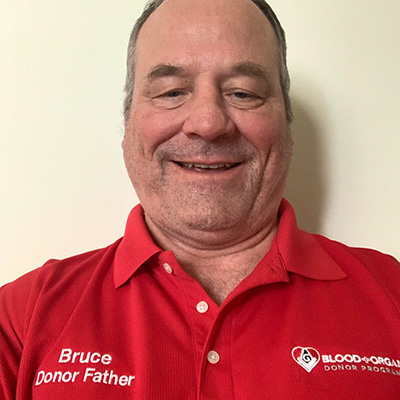 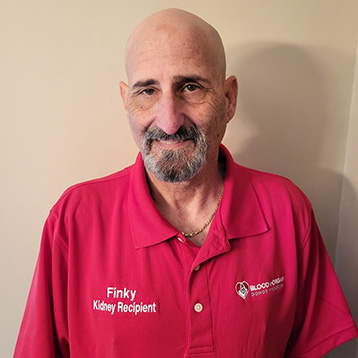 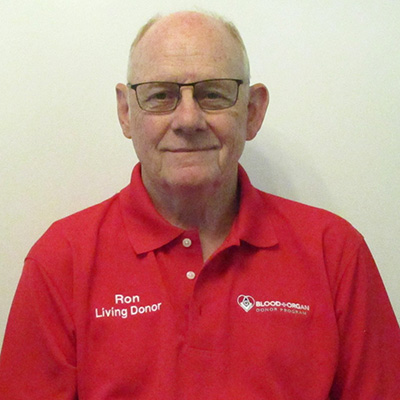 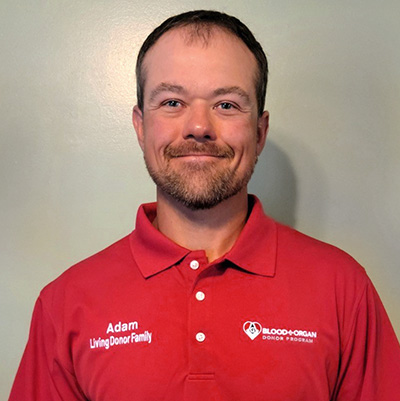 Adam HustedCenter for Organ Recovery and Education Ambassador
In 2016, our Pastor told the congregation that a family member in our church was in desperate need of a living kidney donor. My wife just looked over at me at that moment and said she felt a calling telling her to help them. They had already lost three of their children, and she wanted to do what she could, so it didn’t happen again. We had become close to the family over the years.

So, she went through the testing process only to find out that she wasn’t a match. Fortunately, John’s Hopkins has a paired donation program, and they asked her if she’d be willing to donate to a complete stranger in the program, which, in turn, would give her original recipient a chance at getting a kidney. We talked about it and decided that she should do it.

Fast forward through all of the testing to February of 2018, nearly two years later, and they not only found her match, but her original recipient a match, too. So, on March 1, 2018, she donated her kidney, and a few hours later in the same hospital, our friend received his.

A few months later, we found out that four people received a kidney from her donation. She is doing well, and our friend has a second chance. He is doing very well and loving life. 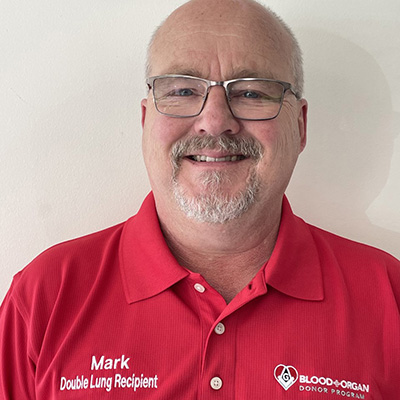 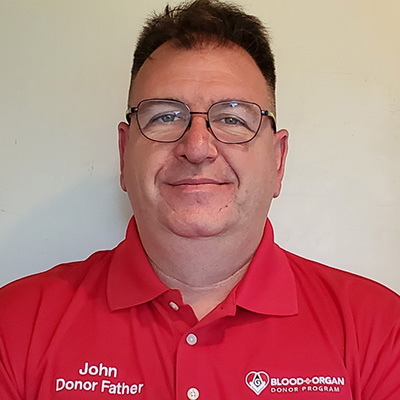 John RigioneGift of Life Donor Program Ambassador
In February of 2015, my Stepson passed away of a Brain Aneurysm. He managed to save six people with his generous gift. At 24 years old, he still had a whole life to live but with his beliefs in giving to others, his tragedy became a story of triumph. As a Mason, we strive to make a good man better, and we are bound to give of ourselves without putting ourselves into a bind. I can think of no better way to fore fill this obligation then through Organ Donation. I belong to Portland Lodge 311 in the 50th Masonic district. Please feel free to reach out to me for ways in which we can spread the information about donation. My home program is Gift of Life, due to the area I serve. I welcome the opportunity to come and speak about my experiences as a Donor family, as well as all the good this program can do. 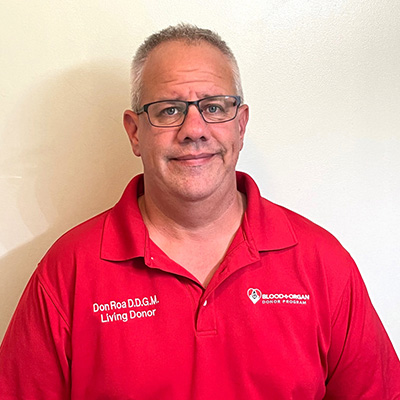 Don Roa, D.D.G.MGift of Life Donor Program Ambassador
In December of 2010, my brother was placed on the transplant list to receive a new liver. I offered to be his donor. I began the lengthy screening process in January 2011 and was cleared to be his donor in May.

On July 5, 2011, he and I were admitted to Penn State Hershey Medical Center, and the surgeries were performed. Unfortunately, he had developed a hyper-coagulating disorder and got a blood clot in the portion of the liver I donated. Due to being a failed live recipient and being placed on life support, he became Status One on the transplant list. Thanks to the unselfish gift of an unknown donor family, he was re-transplanted with a full human liver a few weeks later.

Due to the equipment I am required to wear, my recovery was a bit longer back to my career in law enforcement, and I returned in September 2011. Thanks to the brave donor family, my gift was not in vain. I have enjoyed my brother watch both of his sons get married, be present at his daughter’s high school and college graduations and hold his three grandchildren. I enjoy a normal, active life, continue my work in law enforcement and currently serve as District Deputy Grand Master of the 14th Masonic District.

Bill SolowayGift of Life Donor Program Ambassador
In June of 2015 I received a life saving Heart Transplant. In honor of my donor, I help others who are in need of life saving organ transplants. Through my personal experience and transplant journey, I am able to share resources and help others navigate the transplant process. 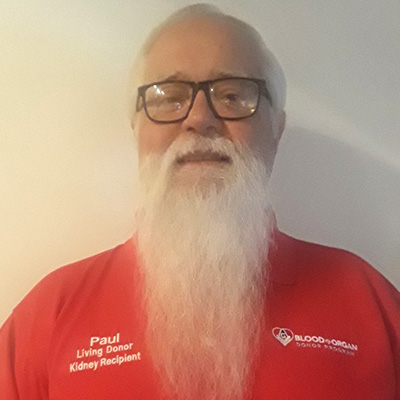 Paul TresslerCenter for Organ Recovery and Education Ambassador
I am a retired military veteran. I joined the United States Air Force in 1973, and after 24 years of service, I retired in 1997. A few years earlier, my mother was diagnosed with polycystic kidney disease and began hemodialysis. In 1976, I decided to try to become a living donor for her. However, I was on active duty and the decision to become a living donor wasn’t mine to make. To my surprise, my request was approved. the Surgeon General deemed the transplant would be considered a “Humanitarian Act in the Line of Duty.”

I remained on active duty for 22 years after the transplant and retired from the Air Force in 1997. My retirement physical revealed my lone kidney was not performing as well as it should be due to high blood pressure and diabetes. My renal function continued to diminish, and in 2021, I was referred to the organ donation transplant center at Allegheny General Hospital.

Shortly after beginning the evaluation process, a very special person came into my life and into the lives of my family. Becky Stout, a young mother of two, came forward and offered to become my living donor. I didn’t know Becky very well. I had met her once two years earlier. On September 12, 2022 Becky gave me “The Gift of Life.” What selfless act of kindness and compassion for someone she really didn’t know. Becky has said many times that “everyone deserves a better life.” She and her family have become cherished additions to my family of seven children, myself and my wife Linda. There aren’t words to express our thanks and gratitude to Becky and her family. I belong to a small group nationally of living donors and a smaller group still of living donors who are also organ recipients.

Jack Wheeler, P.M.Center for Organ Recovery and Education Ambassador
I became involved in organ donation when my wife, Carol, received a living kidney donation from her brother, Mike, in 1993. Carol survived for 26 years, until she succumbed to a heart attack in February of 2019. The quality of Carol’s life was excellent with support from her transplant team, initially at the University of Minnesota Hospital where the transplant was performed, right up to her passing, when she had been supported by the excellent staff at the Guthrie Clinic in Sayre, PA.

Since Carrol’s transplant, her older brother and our niece have also had kidney transplants, both from living donors who are life-long friends. We have witnessed the miracle of organ transplantation three times and consider ourselves blessed. There is no greater gift than the gift of life from a friend/living donor. I believe in this miracle and desire to share with the world what a wonderful experience we have had with organ donation, “The Gift of Life.”

District Blood Chairmen are appointed by the District Deputy Grand Master of the district to oversee Masonic Blood Drives and assist the lodges in their respective districts as required.